Amsterdam, a city of excess in the country of tulips, is well worth a visit for the countless riches it offers tourists. It is an architectural one of a kind, being a city built on strips of land snatched from the sea. 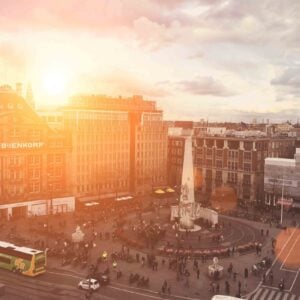 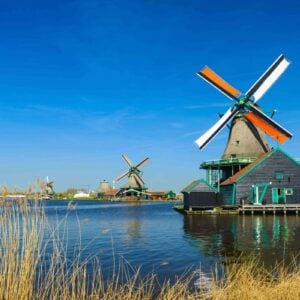 It is a large public space in the Museumkwartier district overlooking the city’s main museums. These include the unmissable Van Gogh Museum, entirely dedicated to the Dutch painter, where you can admire some of his most famous works, like Bedroom in Arles or the series of Sunflowers, and the Rijksmuseum, the most important art museum in Holland.

It is an intense and moving must. It’s within these walls that Ann hid with her family to escape the Nazis and it’s here that she wrote her diary, translated, and reprinted countless times, a testament to the domestic and national events of those terrible years.

The red-light district is one of Amsterdam’s top attractions. It owes its name to the colour of the lamps that light up the windows. Amsterdam has 3 different districts dedicated to sex, but the most famous one and most visited by tourists is the De Wallen

You’ll certainly have heard Amsterdam being called the Venice of the North. This name depends on the particular shape of the city, entirely built on islets and full of canals, which completely wrap themselves around it. The resulting urban landscape is utterly unique and can be fully appreciated on a bike or boat trip. Amsterdam’s canal network has been declared a UNESCO World Heritage Site.