Athens is the capital of Greece, cradle of Western civilization. Rich in testimonies of a glorious past, visiting it is like taking a dip in Mediterranean history and tradition. 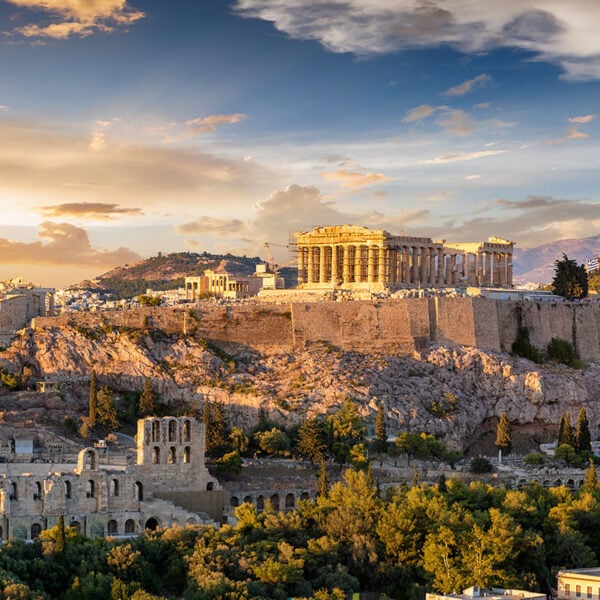 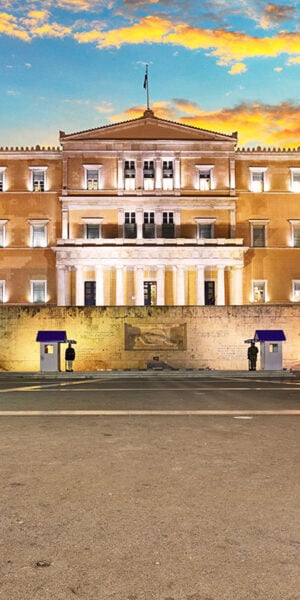 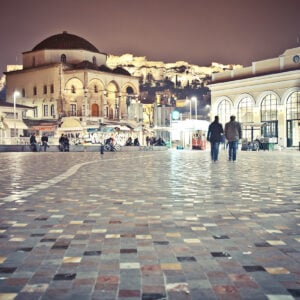 The Acropolis is a must-see – a stronghold that towers over the city with the magnificent temple of the Parthenon, the symbol par excellence of Athens. Declared a UNESCO World Heritage Site in 1987, the Acropolis houses the largest architectural complex of ancient Greece, which includes in addition to the Parthenon, the monumental gateway of the ‘Propylaea’, and the temples of Erectus and Athena Nike. It’s a must-see visit, possibly better at sunset due to the contrast of colours that arouses unique emotions.

On Syntagma Square, the heart of the modern part of the city, stands the Parliament and the monument to the Unknown Soldier, in front of which the Evzones (Greek guards in characteristic uniform) parade with their traditional dance-like steps. The changing of the guard is an absolute must-see.

It is one of the most important museums in the world, with many treasures of Hellenic art. The section dedicated to classical sculpture, the pride and joy of the whole of Greece, will offer you the opportunity to admire masterpieces such as “The Young Jockey” and the “Ephebe of Antikythera”.

Greek cuisine is full of delicious dishes, like pitta bread or moussaka, a meat, aubergine, and potato pie.

The beaches around Athens reveal another side of the Greek capital. The riviera is characterised by a succession of beaches and cliffs, marinas and typical bars that are worth a visit.