The ancient city of Basel (44 BC), on the border with Germany and France, stands placidly on the Rhine and is considered the Swiss capital of culture. In view of its ancient origins and its modern and contemporary history, Basel is the perfect mix of past and present! 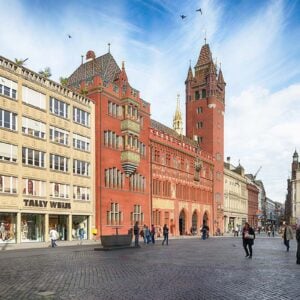 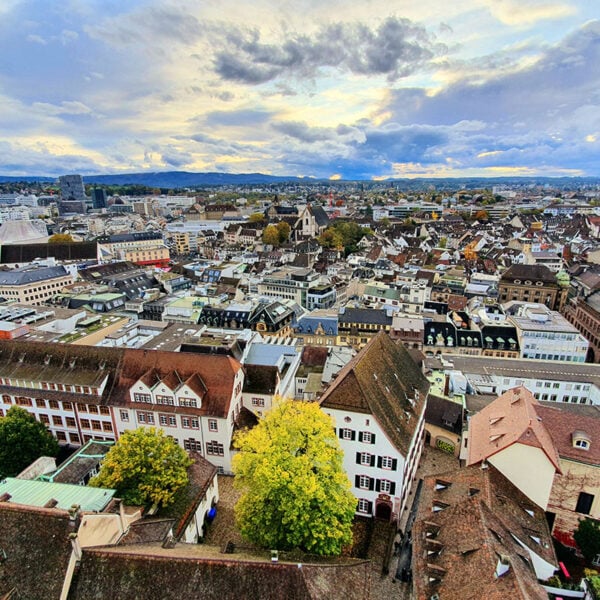 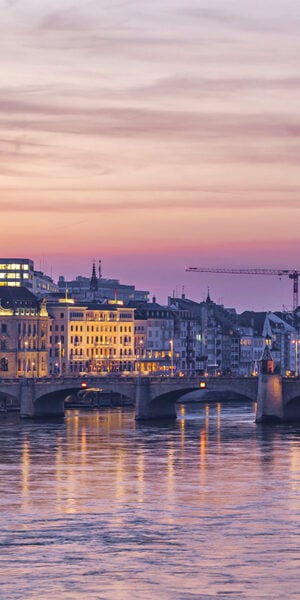 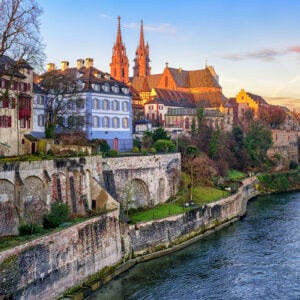 The Basler Münster, or rather the Cathedral of Basel is a famous landmark. The first image that comes to mind when we think of the Swiss city is that of the Cathedral. Featuring two Gothic towers, it is the most important place of worship in Basel.

The Mittlere bridge is one of the most scenic spots in the entire city. The Middle Bridge, or rather, the Mittlere Brücke is the oldest bridge over the Rhine, inaugurated in 1226, a fundamental step for large-scale trade.

The Fine Arts Museum Basel, the Kunstmuseum Basel, is unmissable – it offers the public the best Swiss art collection and is one of the top 5 in the world. The museum, made up of 3 different venues, houses works of art by artists of the calibre of Van Gogh, Monet, Picasso, Gauguin, Munch, Klee, Chagall, and Warhol.

The city has been built along the two banks of the river Rhine – in order to move easily from one to the other, the city has been equipped with a system of 4 ferries suspended on the river. These boats are not motor vessels; it is thanks to the river current alone that the ferries move along the route marked by horizontal ropes stretched between the two banks to which they are connected by means of a steel cable decorated with flags.

Chocolate and Cheese: how can you resist the temptation to try these two typical local products! The culture of chocolate in Europe actually spread from Switzerland, so much so that the Food of the Gods has become one of its traditional symbols. Cheeses are also part of local tradition, even if each Swiss region has its own speciality. If you visit Basel, don’t miss a trip to the nearby region of Giura.