Bratislava, capital of Slovakia, is a little gem: filled with museums, art, culture, and things to see, it is one of the European low-cost destinations of choice for tourists. 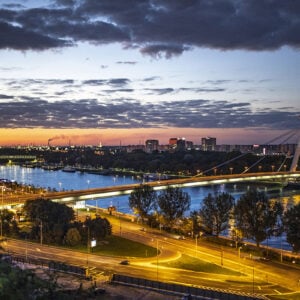 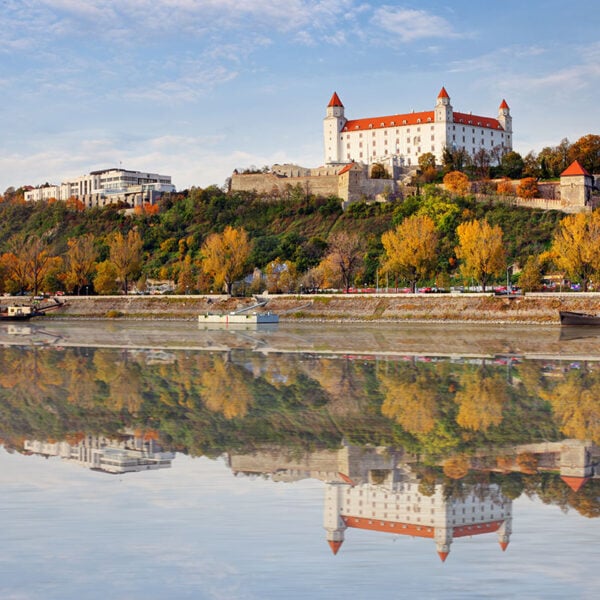 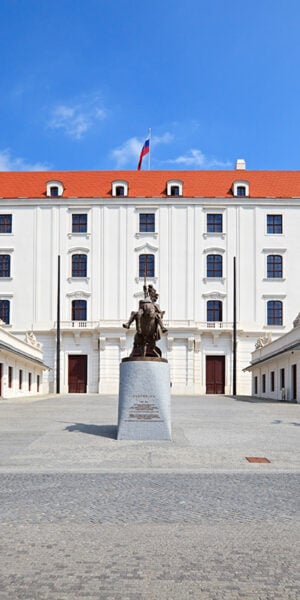 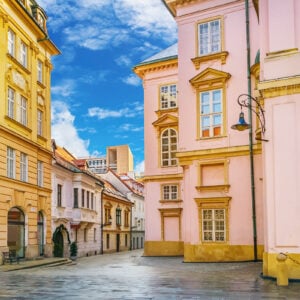 The Cathedral of Saint Martin is the most important church, the city’s cathedral. Inside is a gold copy of Saint Stephen’s crown. The Blue Church is also fascinating.

Charm and magic mingle in the streets of Bratislava. If you want to breathe in the real Slovakian atmosphere, take a tour of the Old Town: it is the oldest part of the capital and is undoubtedly one of the most fascinating areas, the real heart of the city.

Slovakian food is really tasty and special. We recommend you try Kapustnica, a soup made from pork and sauerkraut, or Bàbovka, a bundt cake made with almonds, raisins, and liqueur.

The castle and the Town Hall

There are many places of interest that the Slovakian city has to offer, but among the many you can’t miss is the Bratislava Castle: the symbol of the city. The Old Town Hall is undoubtedly the oldest building in Bratislava. It currently contains the Mestskè Museum, the Civic Museum. A visit is a must.