Magnificent buildings and bright nights of music and voices, an ancient history, and a warm and familiar welcome: this is Dublin, capital of the Republic of Ireland and metropolis of great charm. It will capture your heart as you visit its famous museums and stroll through its streets always full of life. 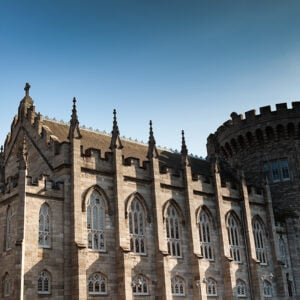 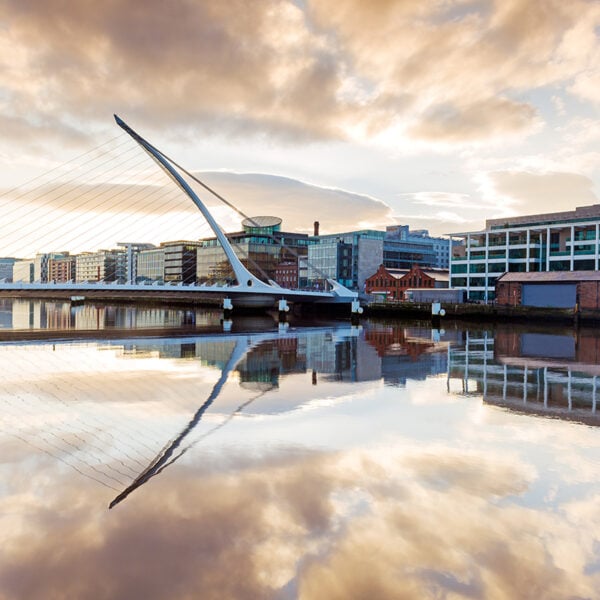 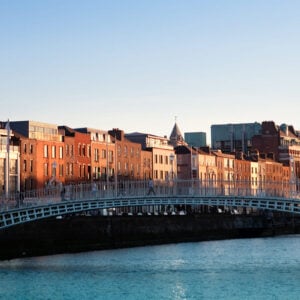 Ireland is home to Oscar Wilde and U2, but also to one of the most famous beers in the world: Guinness. The 7-floor Guinness Storehouse is not only the historic factory located at St James’s Gate, but also a modern multimedia museum. The tour culminates in the Gravity Bar, where you can savour your pint of Guinness enjoying the view of the whole of Dublin.

Dedicated to the patron saint of Ireland, it stands right next to the “bottomless well” where the Saint used to baptize the faithful. The austere elegance of Gothic architecture is revealed in the magnificence of the tower and the vaults that launch themselves towards the sky, still guarding the large organ made up of more than 4,000 reeds. Along with the Cathedral of Christ, built by Viking king Sigtrygg Silkbeard, it is one of Dublin’s most visited monuments.

If you love to stay out into the “small hours”, then the Temple Bar district will capture you with its buzzing nightlife and live music from pubs and restaurants. Here you can enjoy typical local delicacies but also original dishes of international cuisine.

Dublin Castle, built in the early 1200s by Norman King John of England, was then rebuilt after the fire of 1684. The medieval castle became an 18th-century state residence. Don’t miss the magnificent Saint Patrick’s Hall, the throne room, and the Record Tower, the only one of the original four towers, now home to the Garda Museum.

But Dublin is a modern metropolis that also boasts an elegant shopping district. Cross the pedestrian Ha’Penny Bridge, and you’ll reach it in 15 minutes. Among Georgian-era buildings and quaint street artists, you can also window shop the world’s best-known brands.