Frankfurt is one of Germany’s most visited cities after Berlin and Munich. The ease with which you can visit it also on foot will make your holiday extremely relaxing, but never boring. 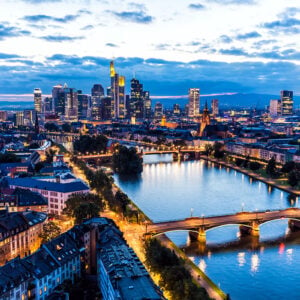 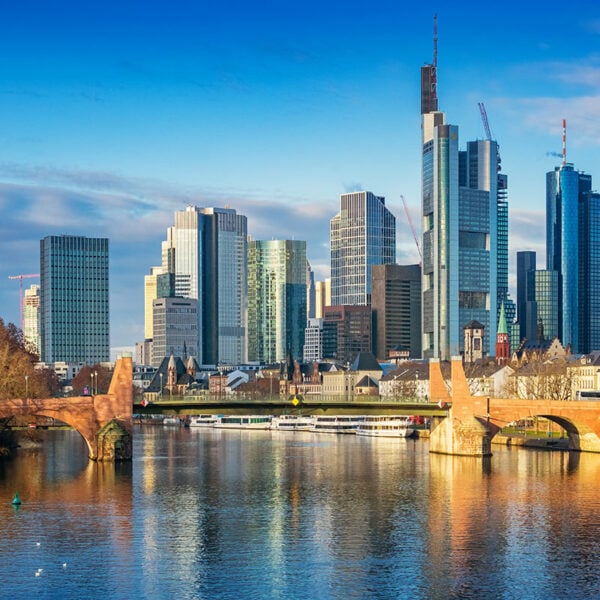 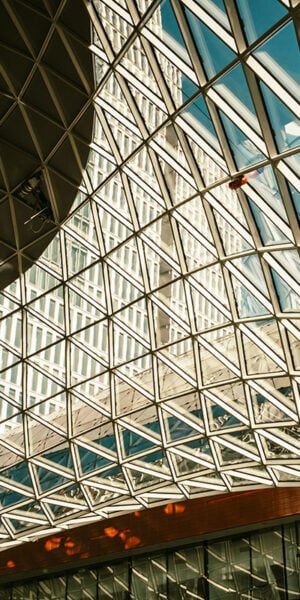 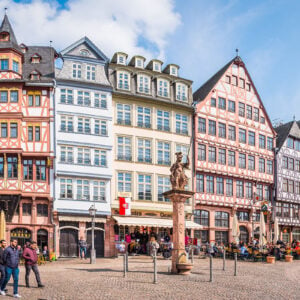 A tour of Frankfurt must start from the old town, where the beating heart of German architecture can be found. You will be captivated by the beauty of the city’s main square Römerberg, with its wooden buildings, as well as by the Gothic Cathedral of St. Bartholomew. The city’s historical centre was unfortunately almost entirely destroyed during the Second World War, and then rebuilt in the 1950s.

And on the subject of culture, you have to visit some of the main museums of the city right along the so-called Museum Embankment: an entire street dotted with galleries that line up on both banks of the River Main. Among them is the Städel Museum, with works of art from 1200 to 1900. Outside this area, don’t miss Goethe House – the birthplace of Johann Wolfgang Goethe, the famous writer of Romanticism, and now a museum.

If you want to spend time immersed in nature, Frankfurt has numerous parks to play sports in or just walk around, although the most impressive of all remains the Palmengarten. It is one of the largest botanical gardens in all of Germany, where you can admire thousands of plants and, in June, take part in the Rose and Light Festival.

The city’s culinary tradition also deserves to be appreciated, which is why you can’t leave without first having tasted a schnitzel cutlet in the old town, or the characteristic apple cider served in the trendy Sachsenhausen district.

Frankfurt is also a city of luxury and wealth, so you have to set a moment aside for some shopping, even if it’s just to appreciate the beauty of the lavish windows in Via Zeil, along which you can find the most famous international brands.