Hamburg is Germany’s second-largest city by population, after Berlin. Located on the banks of the River Elbe and about 110 kilometres from the North Sea, Hamburg is a particularly important port city.

Stylish and refined, culturally speaking it is one of Germany’s liveliest cities.

If you still haven’t found the right inspiration to plan a trip to Germany, read our five good reasons for going to Hamburg. 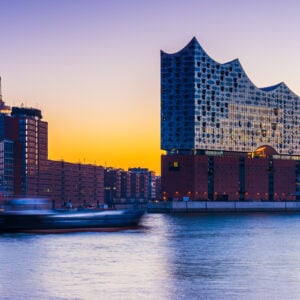 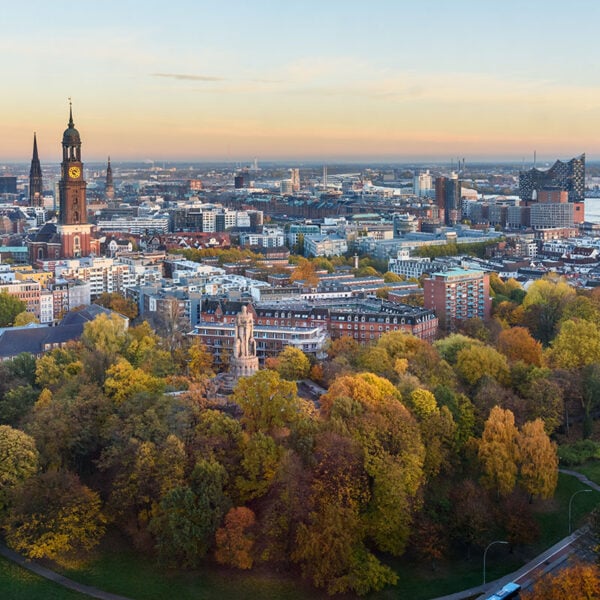 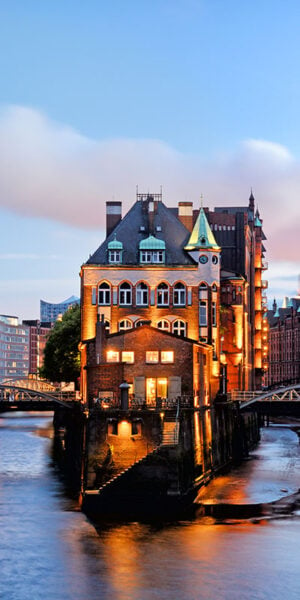 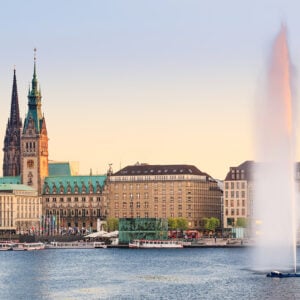 The port – the second-most important one in Europe – is not just a place for commercial encounters, but is also a magical place that excites and evokes particular feelings: if you visit at dawn, before the frenetic pace of the day begins, you’ll be treated to wonderful stillness, whilst in the evening, to amazing colours.

Founded in 1703, it is the city’s beating heart and is an obligatory Sunday morning stop in Hamburg. You’ll be wrapped up in the voices and colours, in an engaging, old world atmosphere that everyone finds fascinating, from families to younger people. It is located not far from the red-light district of Reeperbahn.

Not only is it an amusement park, but also an extraordinary example of the art of the miniature. The structure is a faithful representation of the city on a small scale: accomplished with precision and full of detail – it will delight both young and old.

It is the symbol of the city. A neo-Renaissance building, built in the late 1800s, it is an impressive building containing almost 700 rooms, more than you’ll find in Buckingham Palace. It counts more than 100,000 visitors every year. Opposite, is the Rathausmarkt, called “Red Square” because of its red-coloured bricks.

The concert hall, which opened in January 2017, has quickly become one of Hamburg’s most modern symbols. Designed by the architectural firm Herzog and de Meuron, it is one of the most acoustically advanced halls in the world. The glass structure, visible from almost the entire city, was built over an old pre-existing warehouse, giving the building a unique charm.