Europe and Asia meet in Istanbul, the beating heart of the Byzantine Empire and, later, the Ottoman Empire. A metropolis with unparalleled charm, one eye on the future but also deeply rooted in its long history. Among the ever-crowded streets and enchanting monuments, you will be captivated by its dazzling beauty. 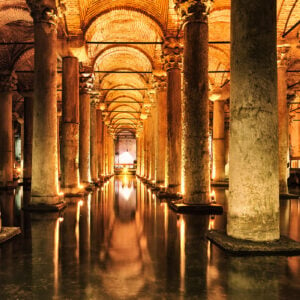 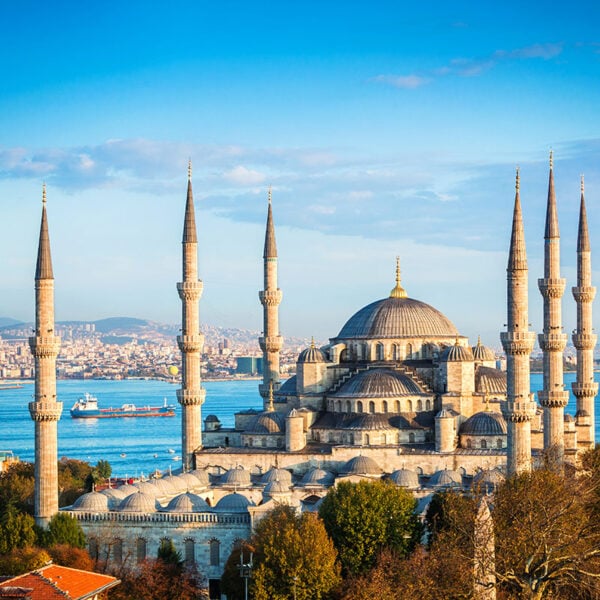 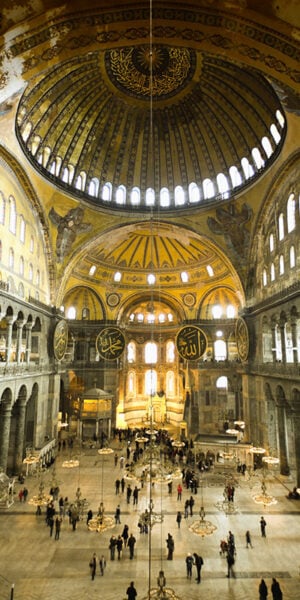 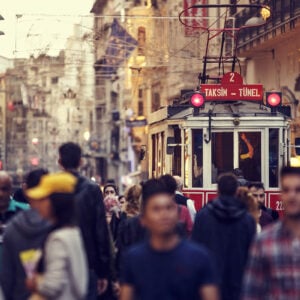 Located in the centre of Istanbul, the Blue Mosque is one of the city’s best-known symbols. Its 6 minarets define its profile and attract visitors so that they can admire its splendour. Thousands of turquoise tiles decorate the walls and dome, bringing the sky of Istanbul within its walls.

The Basilica of Santa Sofia

Built in 532, the Basilica of Santa Sofia is now a prestigious museum, declared a UNESCO World Heritage Site. 40 arched windows and refined mosaics welcome the tombs of the sultans who wrote the history of present-day Turkey, preserving the magnificence of this masterpiece of Byzantine architecture intact.

Hanging gardens, cloisters and large rooms occupy the 300,000 square metres of the Topkapi Museum, once the administrative and cultural seat of the Ottoman Empire. A truly immense structure, to visit without haste if you want to immerse yourself in the atmosphere of Ottoman Turkey.

The present and past fuse together in Istanbul and the Grand Bazaar is the symbol of this meeting. Beneath the vaults of one of the most famous markets in the world, more than 60 back streets unravel, where small, colourful shops offer their original wares: jewellery and handmade furniture, carpets and leathers but also spices and clothes.

But Istanbul is not just history and culture. The beauty of the Bosporus is bright on the beaches of Kucuksu and Caddebostan. Here dolphins cut through the blue sea, which is enriched by the comforts offered by the lidos there and the nights are lit up by a buzzing nightlife.