Looking for a low-cost destination to spend a weekend in? Katowice is the perfect destination! Let’s find out what this Polish city, increasingly appreciated by young people, can offer you. Katowice is located in the upper Silesian region, just 80 kilometres from Kraków. It has a vibrant cultural life and interesting Art Nouveau monuments to offer, which alternate with industrial buildings, in a unique mix. The city is surrounded by old factories and mines that give it an atmosphere of old times. 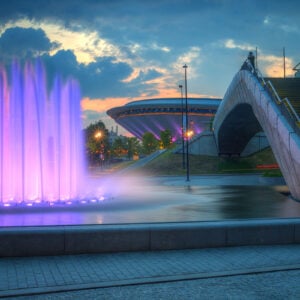 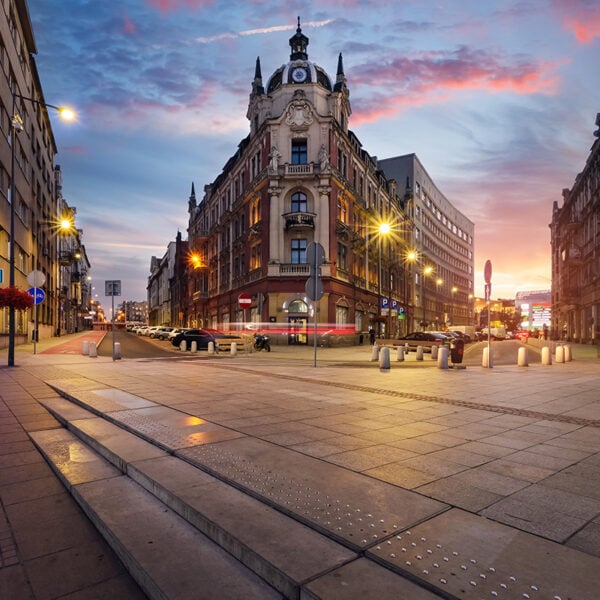 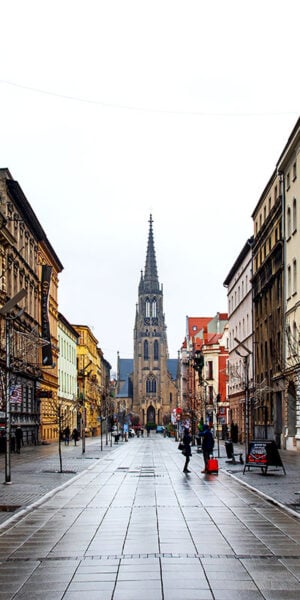 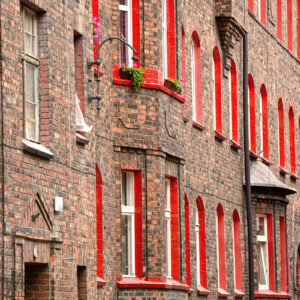 The most characteristic district is Nikiszowiec, built in the early 1900s to house the miners. Here you can admire the familoki, the apartments where the miners lived with their families. The blocks of apartments are all the same, built in typical Soviet style, using red bricks.

The Cathedral of Katowice

Among the city’s must-see monuments is the Cathedral of Christ the King, much loved by St. John Paul II (who was originally from Wadowice, a small town just over 50 km from Katowice) and the second largest church in Poland. In the old town you can also visit the baroque-style church of St. Anne, the Church of St. Stephen, and the Basilica of St. Ludwig King.

But Katowice is also famous for its modern buildings and in particular for the Spodek, a large indoor arena shaped like a flying saucer that hosts cultural and sporting events. Other interesting landmarks worth a visit are the Drapacz Chmur, the first skyscraper to be built in Poland after the Second World War and one of the oldest in Europe, and the Katowice Rondo, the largest square in the city.

Before you leave Katowice, you can relax in the shade of one of its many parks and then enjoy some pierogi, typical Polish dumplings stuffed with meat or cheese, for dinner.