The “economic capital” of Italy, a dynamic and cosmopolitan city, home of design and fashion. Milan, the capital of Lombardy, is also a city rich in history and culture, with a lively nightlife and a thousand opportunities: in Milan it is impossible to get bored! 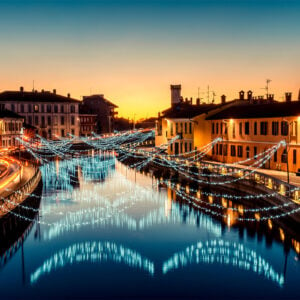 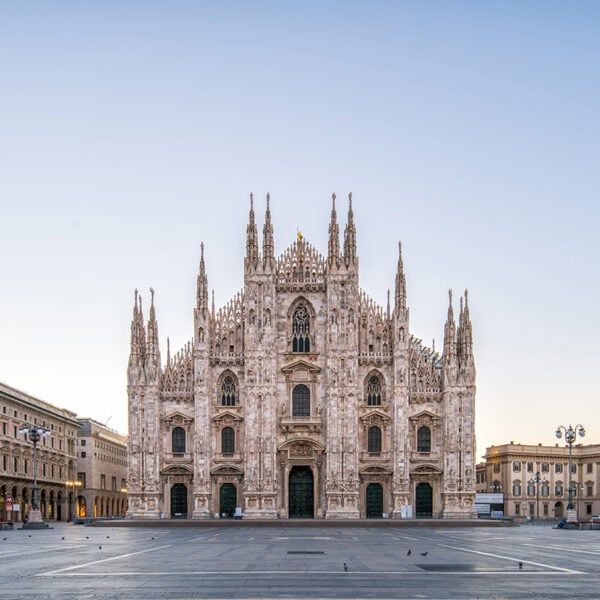 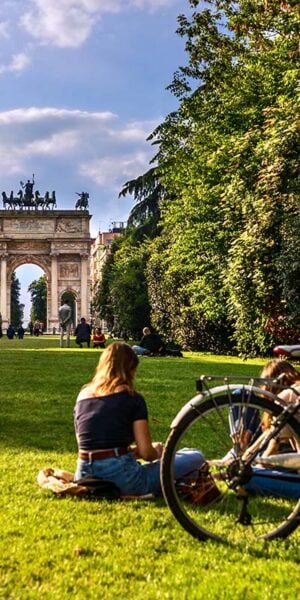 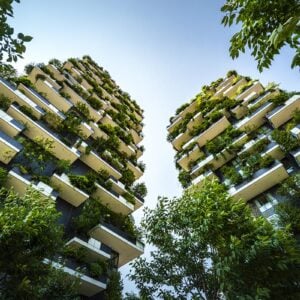 The symbolic landmark of Milan, known all over the world. The Cathedral, a Gothic-style basilica whose construction began in 1387 and ended only in 1813 (hence the saying, longh cumè la fabrica del domm, that is, never-ending construction work) is the largest church in Italy. From the terraces on the top, you can admire a beautiful panorama of the city, as well as observe up close the famous “Madonnina”, made out of gilded copper, by the sculptor Giuseppe Perego.

Built in the second half of the 14th century on the commission of the Visconti family (Gian Galeazzo moved there in 1395 from the Palazzo Ducale), it is one of the best preserved and most fascinating castles in Europe. Today it is home to museums and often hosts temporary exhibitions. Inside, Michelangelo “Pietà Rondanini” is kept.

Leonardo da Vinci painted “The Last Supper” between 1494 and 1498, commissioned by Ludwig the Moor. The beautiful painting is housed in the hall of the former Renaissance refectory of the Church of S. Maria delle Grazie, in one of the most elegant districts of Milan. Nearly half a million people visit “The Last Supper” every year.

The beautiful “Palazzo dell’Arte”, in the Sempione Park, built in rationalist style between 1931 and 1933, houses the Triennale: one of the most important art and design institutions in the world. Inside there is also the “Triennale Design Museum”, opened in 2007, which tells, through objects designed and created in Italy, the story of creativity and inventiveness of our country.

It is one of the oldest and most beautiful districts of Milan, with its narrow streets full of bars and clubs, where the nightlife goes on until the early hours. But it is also a district of art and culture: in fact, in the heart of Brera the famous “Pinacoteca” of the same name stands, containing masterpieces such as the “Lamentation of Christ” by Mantegna and “Supper at Emmaus” by Caravaggio.