The island of Mykonos, in the Cyclades archipelago, is for fun lovers and you can get there with a direct flight from Catania. It also offers history, culture and first-rate food and wine: it is a much-loved destination, especially in the summer season. 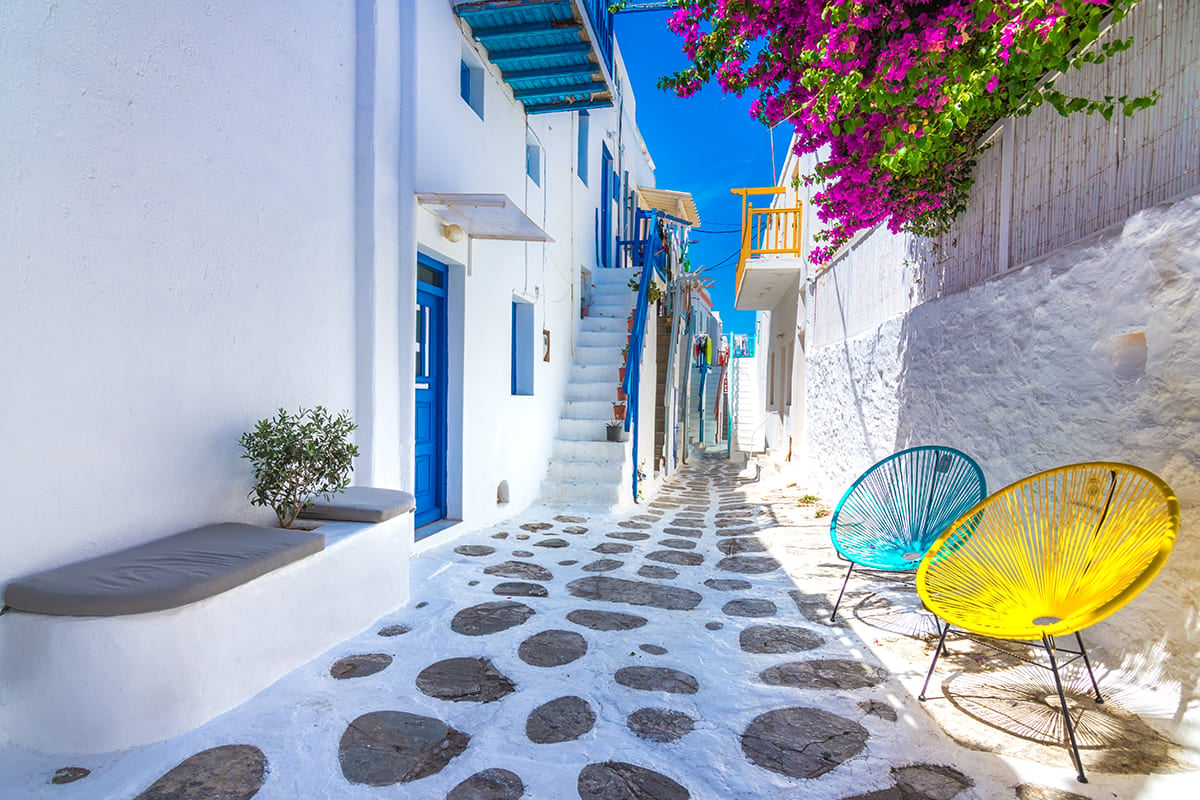 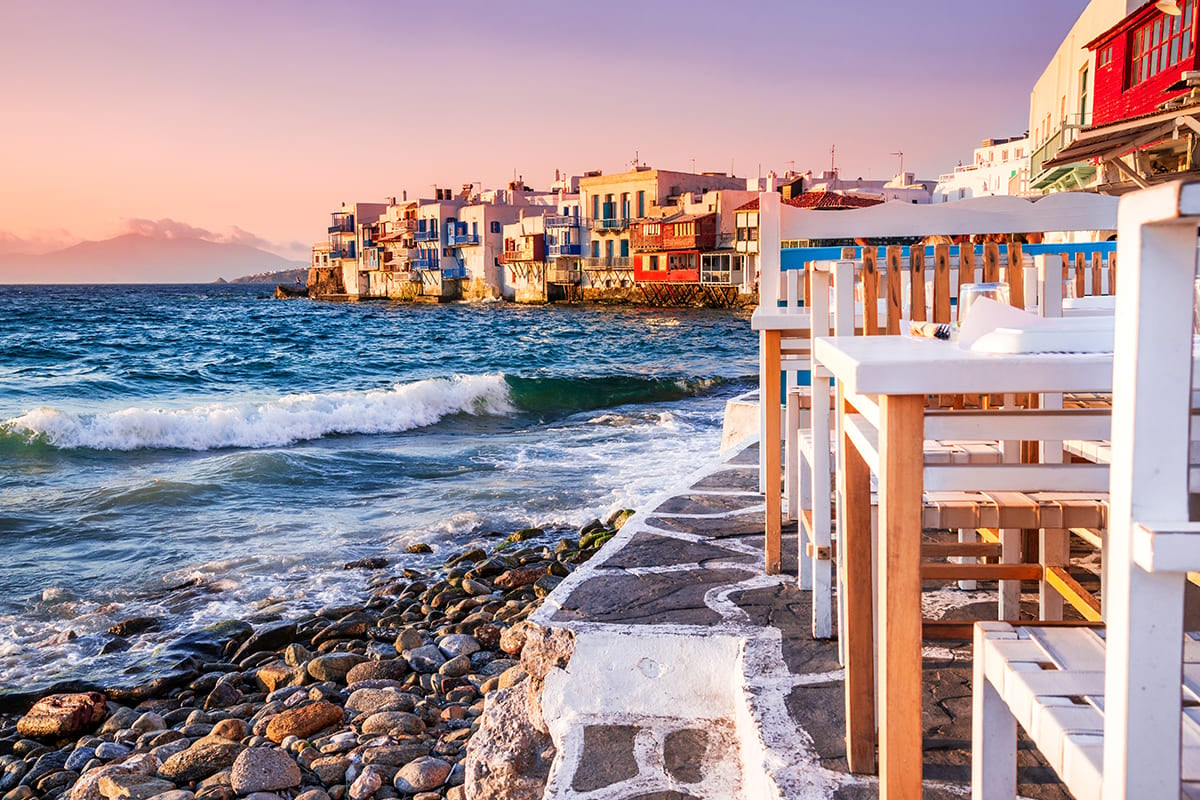 The Lighthouse was built in 1891 on a promontory from which you can enjoy a wonderful view of the Aegean Sea and the islands of Rineia, Delo and Tina. Guided tours depart from the town of Chora: the best time to visit is at sunset.

They are an immensely popular attraction on Mykonos: most of the windmills date back to the 16th century and are in the neighbourhoods of “Miti Venetia”. The presence of mills was fundamental for the flour trade, a sector in which the port of Mykonos excelled.

The Church of Panagia Paraportiani is one of the most photographed monuments in Greece: dedicated to the Virgin Mary, the small, plastered church is part of a complex of 5 buildings built between the 14th and 17th centuries in Chora. From here you can enjoy a breath-taking view, too.

This sacred island has been a UNESCO World Heritage Site since the year 2000, and is the birthplace of Artemis and Apollo. Here you can find the most important archaeological site of the Cyclades, which makes Delo a real open-air museum. The Terrace of the Lions is particularly fascinating, with five statues of lions, the sacred guardians of the island donated by Naxos. It is a good day trip.