Pisa is a city of ancient origins; it was a Roman naval base and in the Middle Ages a powerful Maritime Republic. It stands on the plain of the Arno, which crosses the city dividing it into the “Tramontana” and “Mezzogiorno”. “The Luminaria sui Lungarni” ( a spectacular light and firework show) and the “Historical Regatta” characterize the feast of the patron saint, Saint Rainerius, in June. 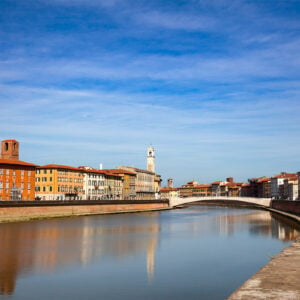 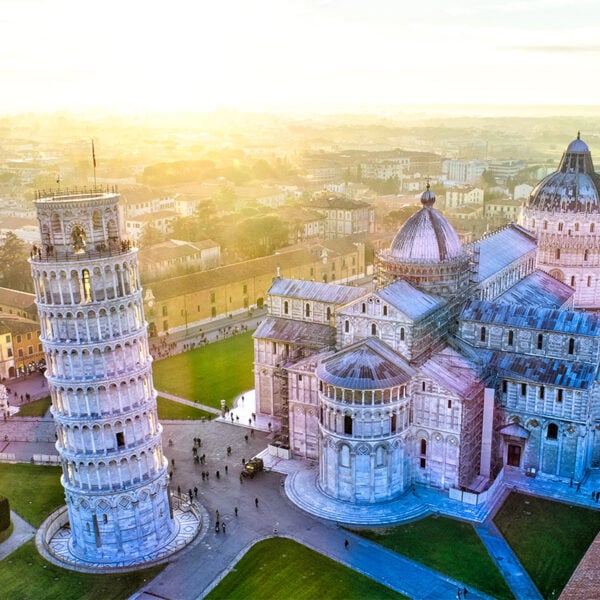 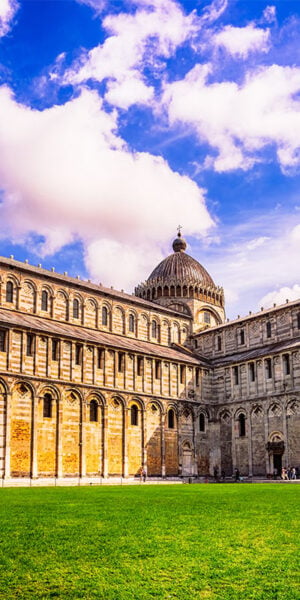 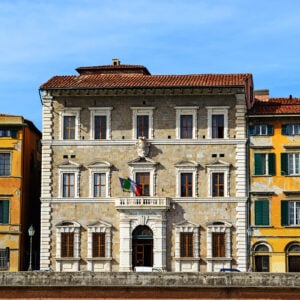 A UNESCO World Heritage Site since 1987, it is located northwest of the medieval walls – so not in the city centre – and is a very important monumental, historical and architectural complex, among the most famous in the world. Here the most representative buildings of the city stand, and it was called “The Square of Miracles” by Gabriele D’Annunzio.

It was built as a Latin cross and is a notable example of Pisan Romanesque architecture. Inside, it is composed of five naves with a coffered ceiling from the late 1500s. Galileo’s lamp can be found at the centre; the great scientist’s subject of study on the oscillations.

The Leaning Tower of Pisa

Famous worldwide for its tilt, it is 55 metres high and has six orders of small loggias placed around the cylindrical structure. A 294-step staircase leads to the bell chamber from which you can admire a magnificent view of the city.

The Pisa Baptistry of Saint John

It stands in front of the Cathedral and consists of a mighty cylinder and an eight-sided pyramidal dome. On the outside it is characterized by a loggia and a series of Gothic features as well as various sculptures of the Pisa school. Four portals lead to the baptistry where Nicola Pisano’s Pulpit, completed in 1310, is preserved.

It is encircled by buildings of great artistic value, most of which were realised by Vasari, making it one of the most aristocratic places of Medicean Pisa. Here you can find: Palazzo della Carovana (now home to the Scuola Normale Superiore), Palazzo dell’Orologio, which stands on the remains of the Torre della Fame where Count Ugolino died, and the church of Santo Stefano dei Cavalieri.