Riga is a wonderful city, also because it has two historical centres, one medieval and the other in Art Nouveau. It is a cosmopolitan and modern city that’s really worth a visit. Riga is so sophisticated, bubbly, engaging that it is defined by many as the Paris of the East. The best way to get to know it is to wander through its picturesque alleys, charming streets, and enchanting squares. 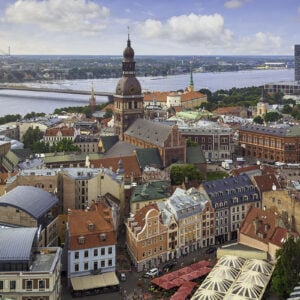 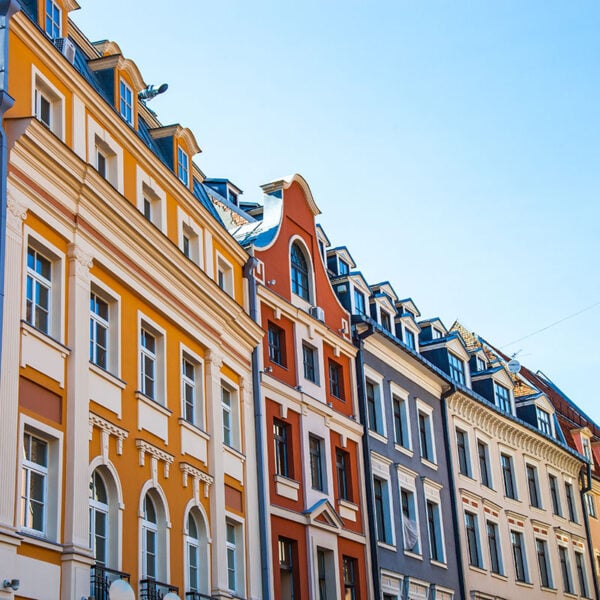 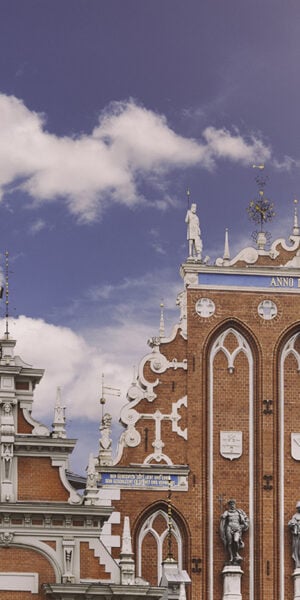 You really have to plan a visit to the old town, where you can visit the Cathedral and the Town Hall, which show the influence of Soviet architecture. Don’t miss the two beautiful neighbourhoods of Kipsala and Kalnciema, full of wonders and interesting buildings such as the Cat House, the House of the Black Heads, and the Three Brothers.

Don’t miss the Art Nouveau neighbourhood, as it will captivate you with its Liberty and Judenstils-style buildings. It’s easy to visit because it consists of only 4 streets, the main one is the Alberta lela, really unmissable because it is full of majolica, decorations, statues, and floral capitals.

Riga Cathedral is the largest medieval church in the Baltic Republics. It was built in 1211, is 43 metres wide and 83 metres long. Romanesque in its planning, it contains Gothic and Baroque elements, such as the spire, symbol of the city. Inside the Cathedral an organ with 6,718 reeds is kept, considered to be one of the best in the world.

The central market, one of the largest in Eastern Europe, is undoubtedly one of the most picturesque attractions. It’s the ideal place for those who love shopping and local food.