Sofia is the capital of Bulgaria, as well as the largest city in the country. Founded in the 7th century BC, later destroyed by the Huns, it was rebuilt by Emperor Justinian. It has a special charm, typical of a borderland. 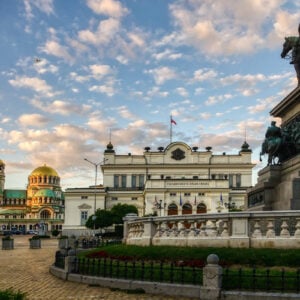 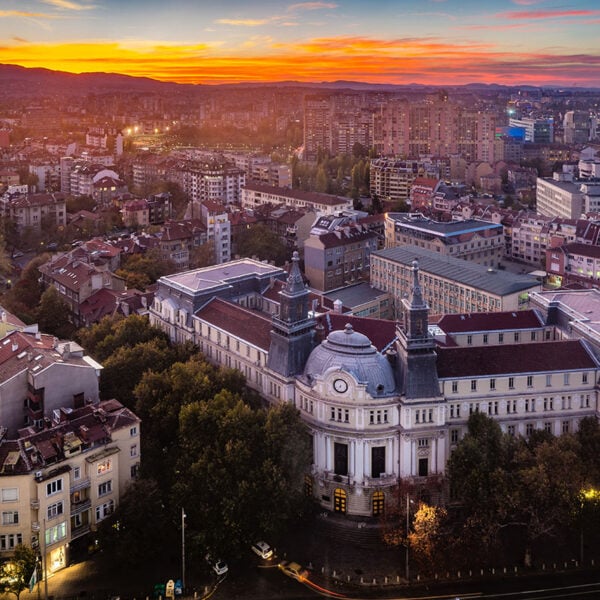 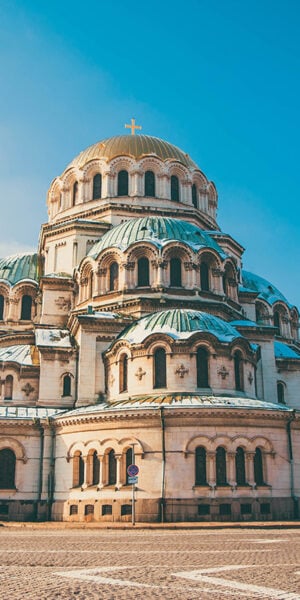 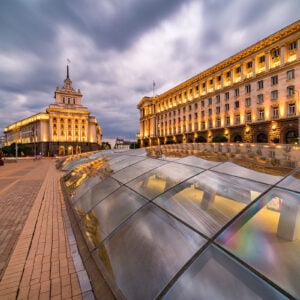 Sofia is a city full of churches, some of them UNESCO World Heritage Sites. The most important are undoubtedly the neo-Byzantine Cathedral of Aleksandăr Nevski, one of Bulgaria’s most important Ottoman churches, and the Church of Bojana. The first one houses an exquisite collection of Orthodox icons inside the crypt and dominates the whole city. Instead, the Church of Bojana is a medieval building that contains an extraordinary cycle of frescoes from 1259.

Bulgarian cuisine sees the presence of Ottoman and Russian influences, precisely because of the particular geographical location of the nation. You can try the soups, including Supa topcheta (with meatballs and rice) and Tarator to be served cold. Sofia is also famous for its street food (especially banitsa stuffed with egg, cheese, and melted butter) and for its sweets, especially baklava.

To learn more about the history of Bulgaria you can’t miss a visit to the National Archaeological Museum of Sofia, where you can admire the “Vulchitrun Treasure” (13 pieces from the Bronze Age, also called “The Gold of the Tracs) and the Lukovit Treasure. The museum is set up on the premises of the old Sofia Mosque.

It is the largest city park in Sofia, created from 1882 with various interventions. It houses countless statues, beautiful tree-lined avenues, and Lake Ariana, which is navigable and also used as an ice rink in the winter.