Whether you’ve planned a weekend break or a longer holiday in Catania, here’s what you absolutely must see.

The energy of Mount Etna, the hard lava stone, the sinuous forms of the Baroque buildings, the secrets of the underground archaeological sites: Catania whisks you away, unannounced.

You will travel through over 2,000 years of history, experiencing the strong smells of a seaside town, the sounds of traditional markets, and the unique tastes of street food. With Mount Etna opposite and the Ionian Sea behind you, get ready for an unforgettable experience. 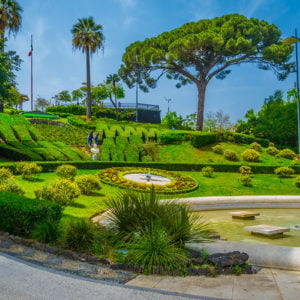 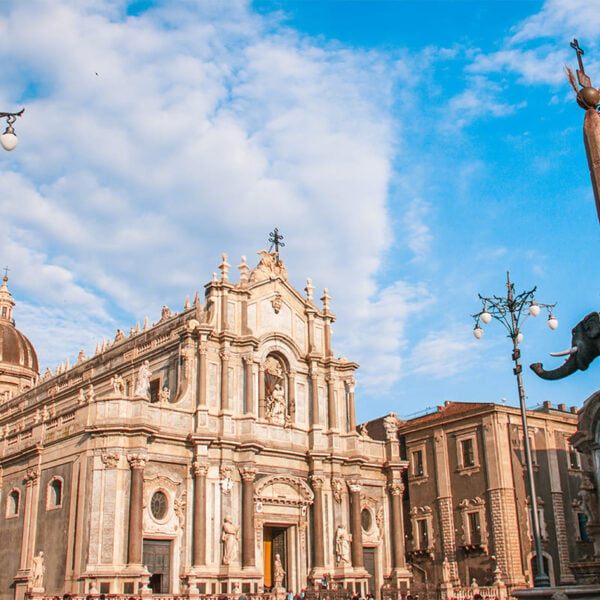 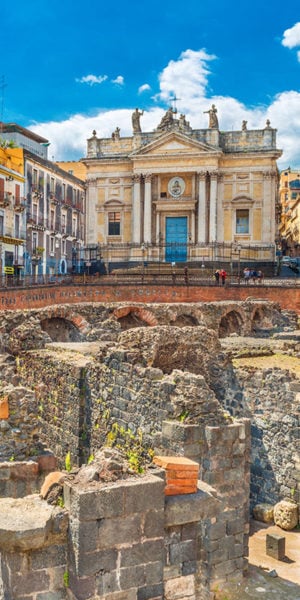 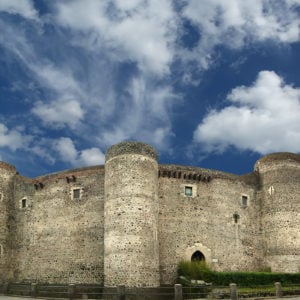 Piazza Duomo is the main square of Catania, where “u liotru”, the symbolic elephant landmark made out of lava stone, is located. Under the road surface lie the remains of the Achilliane Baths, where the waters of the River Amenano flow, which resurfaces in the nearby fountain.

It is the city’s ancient fish market. Under the typical red awnings, the cries of the vendors (vuciàte) that beckon customers, recreate the atmosphere of an Arab Souq. Time stops and you can smell the sea.

Three straight kilometres, slightly uphill, on which all the souls of the city overlook. It stretches from Piazza Duomo to Tondo Gioieni and along the way you will encounter some of the main attractions of the city.

A late Sicilian Baroque marvel and UNESCO World Heritage Site, the Benedictine Monastery houses a Roman domus, cloisters and a beautiful hanging garden. A visit to the nearby Church of San Nicolò l’Arena is a must.

An open-air treasure chest that has some of the city’s most beautiful churches. A UNESCO World Heritage Site, via Crociferi begins in Piazza San Francesco D’Assisi, in the heart of the old town.

The temple of opera in the heart of the movida. Built on a prehistoric lava stone flow, it is one of the best theatres in the world for acoustics.

A castle overlooking the sea commissioned by Frederick II of Swabia. The 1669 lava flow pushed it a few hundred meters away from the coast. There are plenty of eateries nearby where you can enjoy traditional horse meat dishes.

A journey through the treasures hidden in the bowels of the city, from the Roman Amphitheatre in Piazza Stesicoro to the remains of the Roman city, passing through three ancient spa complexes and underground waterways.

How to reach Catania from the Airport