Discover the highest active volcano in Europe: visit Etna and lose yourself in a unique landscape.

Visiting ‘a muntagna is a must for any trip to Sicily. You can stroll through a lunar landscape, crossing lush woods that alternate with the black lava stone. If you plan your trip in winter, you can also experience the thrill of skiing in an extraordinary territory.

Here are the must-see attractions. 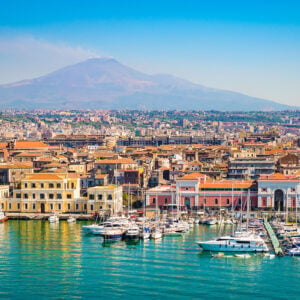 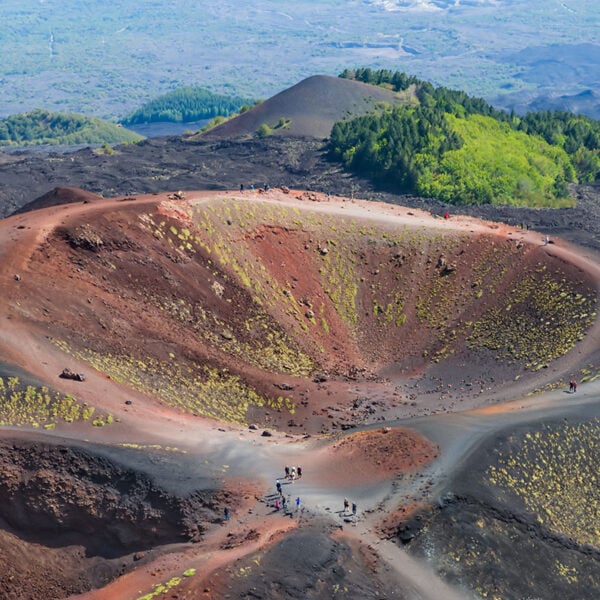 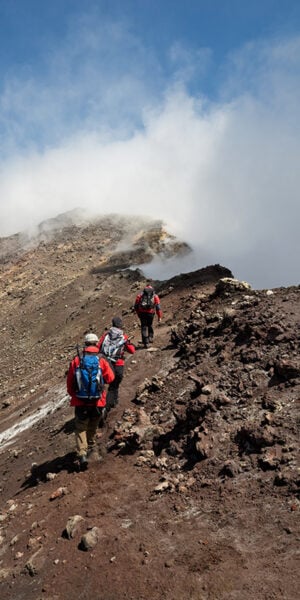 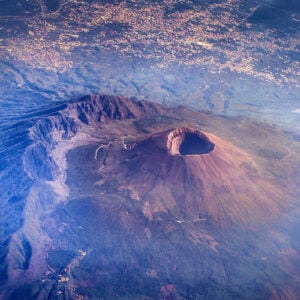 An extraordinary basin that is located on the eastern side of Mount Etna. A treasure chest of rare beauty: you’ll be thrilled by the amazing landscape and amazed by its geological history.

After the 1892 eruption, five eruptive cones formed along a radial fracture: this is how the Monti Silvestri were born. Don’t miss Rifugio Sapienza nearby, a must-see for a hot chocolate or a break.

In the heart of the Park of Etna, in contrada Serra la Nave, is the headquarters of the Astrophysical Observatory of Catania. The observatory houses astrophysical telescopes placed at the highest altitude in the country.

A museum that has a collection of photos, films, and enlargements, describing the different evolutionary phases of the most impressive eruptions of the last twenty years. Don’t miss the one-to-one scale model of the entire Etna territory.

How to reach Etna from the Airport