Discover all there is to see in the city of Archimedes – Siracusa is waiting for you!

The rivers, papyrus, catacombs, and ancient theatre. The rival city of Athens, the capital of the Byzantine Empire, destroyed by the earthquake and reborn Baroque. Visiting Siracusa means travelling to the heart of Magna Graecia, caressed by the smell of the sea in the air and immersed in a thousand-year history. Time stops as the sun sets behind the ancient theatre. 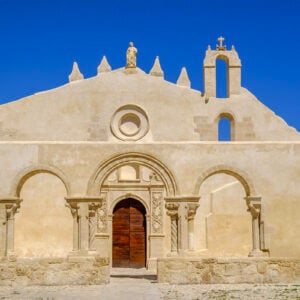 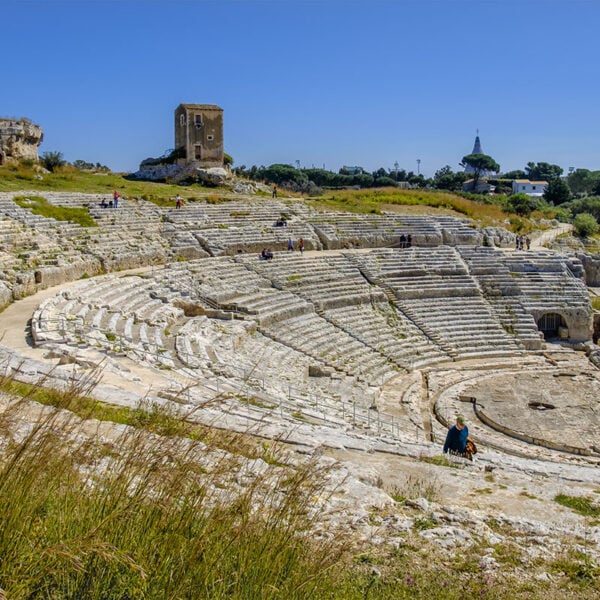 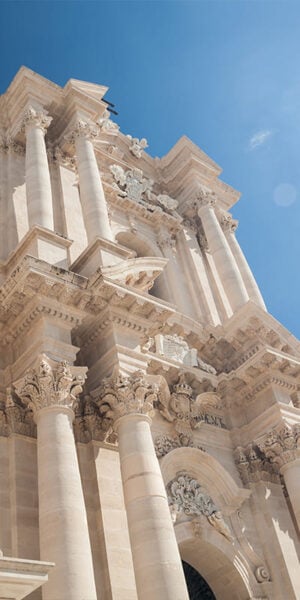 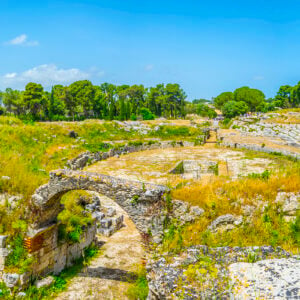 The home of the holy lord of the Sept. It is the oldest Doric temple in Sicily. It has undergone many transformations: from Byzantine church to Arab mosque and then, Norman church and Spanish barracks.

The pearl of Siracusa. The island of Ortigia contains, in less than a square kilometre, the oldest part of the city. Don’t miss the Church of Santa Lucia alla Badìa, which also houses a beautiful work by Caravaggio.

The Archaeological Park of Neapolis

The Greek theatre, the Roman amphitheatre, the quarries, the ear of Dionysius, the altar of Hieron, all in this vast green area where time seems to have stopped. Don’t miss the classical performances at the ancient theatre between May and June.

Square plan and circular towers: the Castle stands at the tip of the harbour and is a magnificent example of Frederick II‘s military architecture. In the summer, events and concerts take place just outside it, in a truly evocative atmosphere.

The Ear of Dionysius

It is said that, inside this cave the tyrant Dionysius imprisoned his most ardent opponents and eavesdropped on everything they said through a small channel because the conformation of the walls, in fact, amplifies sound up to 16 times louder: hearing is believing!

How to reach Siracusa from the Airport