Bergamo is nicknamed the City of a Thousand in reference to the strong presence of Bergamo soldiers among the ranks in the Expedition of the Thousand. It is composed of the Low City (more modern) and the High City, filled with monuments and located in a higher position. Now let’s see 5 things that definitely can’t be missed on your trip to discover Bergamo. 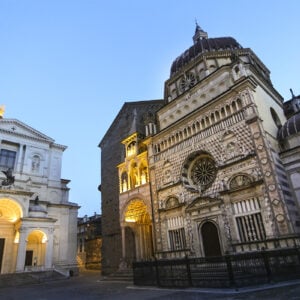 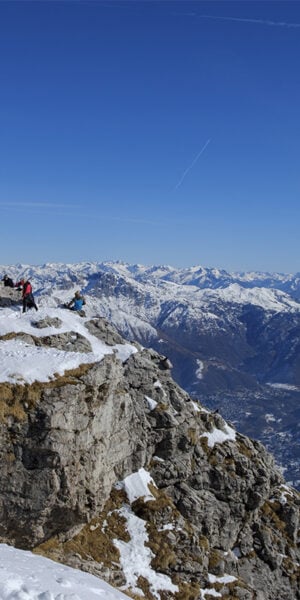 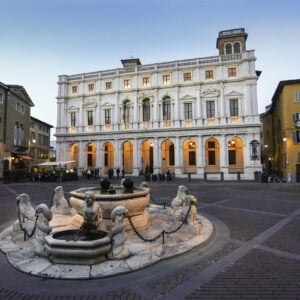 In order to visit the High City, the best solution is to take the cable car. The modern part and medieval centre of Bergamo have been connected by cable car for 120 years. The trip will take you up over the walls so you can enjoy the breath-taking views of the whole city.

The second thing to do in Bergamo is immerse yourself in the culture and history of this city. The Carrara Academy hosts one of the most complete collections of Renaissance masters (Titian, Bellini, Raphael, Lotto, Botticelli and the great Bergamo portrait artist, Moroni). You can also visit Donizetti’s birthplace and listen to the music of the great composer in the same house where he lived.

The Mura Venete of Bergamo have been declared a UNESCO World Heritage Site and they make the city skyline unmistakable. You can do the 5-kilometre walk along the walls and enjoy amazing views, especially at sunset. Plus, telescopes have been placed on the terraces so you will be able to see all the way over to Milan.

The protected area of the Parco dei Colli is the real green heart of Bergamo, which you can explore through excursions either on your own or with the family. The area is characterised by paths, terraces, woods, and steps all blending together, creating unexpected views.

Bergamo is the birthplace of stracciatella (chocolate ripple) flavour ice-cream. You can try it where it was first invented at the La Marianna ice-cream parlour in Colle Aperto.