Düsseldorf, on the banks of the River Rhine, is a delightful city, well known for being the German fashion capital. Here’s everything you can’t miss in this beautiful, elegant, and cosmopolitan destination. 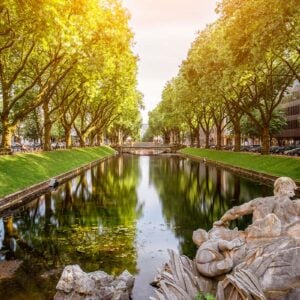 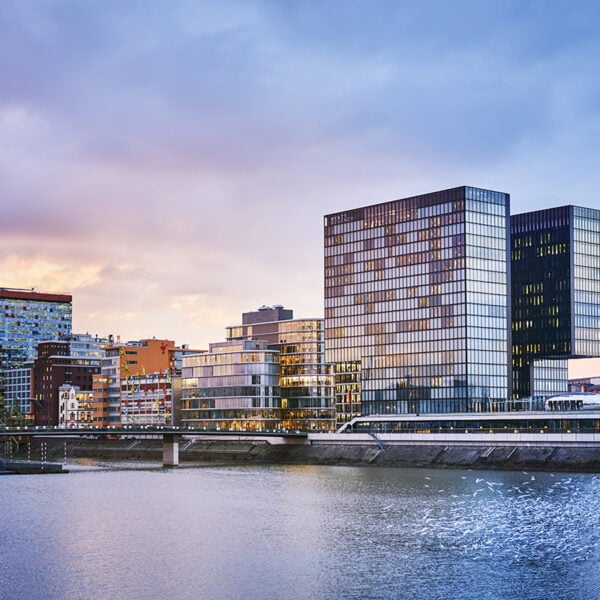 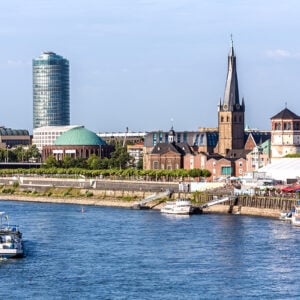 The Altstadt area is the city centre, and one of the city’s most beloved neighbourhoods. Its most famous street is Bolkerstraße, full of clubs, pubs, and bars, while Carlsplatz is home to the city market, a magical place full of stalls where you can enjoy the most typical cuisine of the Rhineland.

The beautiful square of Burgplatz is the oldest one in the Altstadt. The square is characterized by the presence of the Schloßturm, the old tower that was part of the medieval city’s defences. If you want to take a beautiful walk along the Rhine, then you have to set off from this square.

If you’re passionate about fashion and want to discover the city’s emerging artists, then the neighbourhood of Königsallee is the one for you. Along the main street you’ll find plenty of boutiques, luxury shops and hip clubs, the perfect location especially during local Fashion Week.

Hafen is where the young people hang out. A few years after the construction of Neuer Zollhof, a residential complex designed by Frank Gehry, this neighbourhood has been transformed from an industrial district into a trendy spot, with many art galleries, hip clubs and craft boutiques that make it a very cool place for young people.

What could be more romantic than a music box? Nothing, especially if it’s gigantic. This is the case with Schneider Wibbel, the large, mechanical chiming clock on the Schneider-Wibbel-Gasse, which operates five times a day to the sound of typical Rhenish songs. It is one of the most popular attractions for both tourists and residents.