Genoa, the state capital of Liguria, is an important seaside city and dominates the port of the same name, which is the largest in Italy and among the most important in the whole of the Mediterranean.

The symbol of the city is the famous 117-metre high Lanterna: it’s an ancient lighthouse that is visible from the sea  for over 30 km. 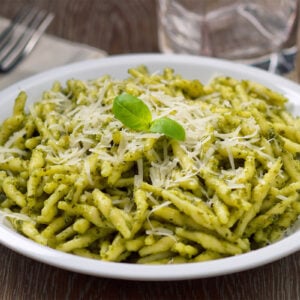 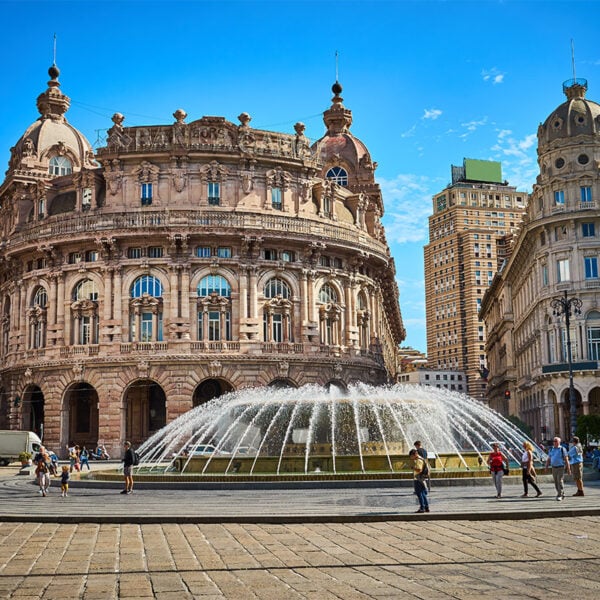 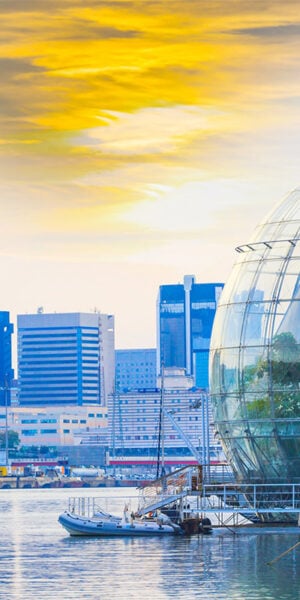 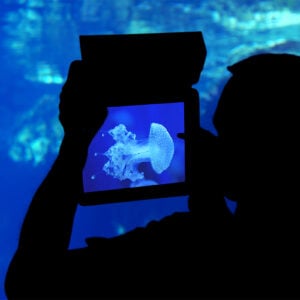 Dedicated to San Lorenzo, it is the most important monument of Genoa’s Medieval era. Although the interior is austere, you can admire beautiful two-tone marble in the central aisle and side chapels with valuable groups of marble statues, plus a large Crucifix. In the Cathedral there is also the entrance to the Museum of the Treasure of the Cathedral of San Lorenzo, where you can admire numerous valuable objects from various historical eras.

There are interesting galleries in various city buildings that hold the most important art collections. These include: the “Galleria Bianca”, in the building of the same name from 1548, the “Galleria di Palazzo Rosso” with paintings by Tintoretto, Caravaggio and Titian and the “Gallerie di Palazzo Spinola”with works by Italian and Flemish artists.

A tour in the Medieval part of Genoa starts from Piazza del Caricamento and allows you to get to know the city’s oldest and most interesting places including, Palazzo Spinola, the Loggia dei Mercanti, the church of lSanta Maria delle Vigne and Piazza S.Matteo, where you can see Medieval buildings like the Doria houses. The quarter below S. Maria del Castello is very interesting – it is the ancient Roman city characterised by very narrow streets, called “caruggi”.

When strolling around the Porto Antico, where the Conference Centre is also located, besides the many bars, restaurants and private galleries, you can visit the famous Aquarium of Genoa, a favourite destination for those travelling with children.

You mustn’t miss out on a visit to the Genoan Renaissance buildings. We suggest Palazzo Doria Pamphili, Santa Marta with a spectacular group of sculptures and Palazzo Doria Spinola from 1541 but refurbished in 1624. Plus, there is Palazzo Reale in via Balbi that has a double staircase, a hanging garden and many rooms in which Baroque paintings and sculptures are kept.