Lille, the capital of the department of northern France and pearl of the Flemish region, is a town full of historical, religious and artistic attractions. Colourful and charming, it is rich in history and will surely take your breath away. Among the must-see places in Lille is the old town.

In the Vieux Lille you can stroll along picturesque cobbled streets, which wind through the characteristic Flemish houses, to discover the most beautiful monuments of the city. The heart of the old city is represented by Place du Général de Gaulle.

The square, which has a large column in the centre in memory of the 1792 siege of the city, overlooks the beautiful old Stock Exchange building. 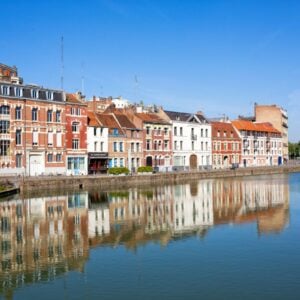 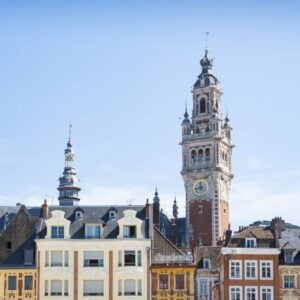 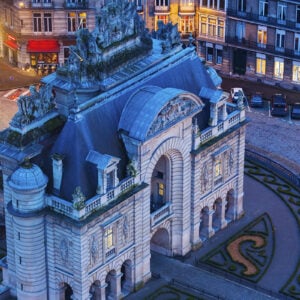 A visit to the Notre-Dame-de-la-Treille Cathedral in Lille is well worth it. It is the city’s main place of Catholic worship and has been a historical monument of France since 2009. The cathedral has a beautiful bell tower dedicated to Saint Nicholas, numerous chapels and the largest crypt in France.

A must-see is the Citadel, a small, fortified city within the city, built in around 1670. Today the Citadel is a large public park where you can find the city zoo and a fun park.

In Lille there is also the Palais des Beaux Arts. This museum, located in a building of the Belle Epoque, houses works by great artists like Raphael, Van Dyck, Rembrandt, Donatello and many more. In the basement there is a gallery of Greek and Egyptian Antiquities and collections of the Department of the Middle Ages and the Renaissance.

Also worth a visit is the birthplace of Charles De Gaulle, general and French president, who was the most famous citizen of Lille. The house, where he was born and his grandparents lived, is now a museumwhere a large collection of family objects and artefacts can be found.