Perugia is located on a hill that dominates the entire Tiber Valley. This city, thanks to the variety of buildings and monuments, the legacy of a long and troubled history, is a cultural and artistic centre of primary importance, as well as being home to international events that attract tourists not only from Italy, but from all over the world. These include Umbria Jazz and Eurochocolate. 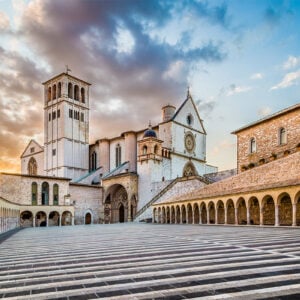 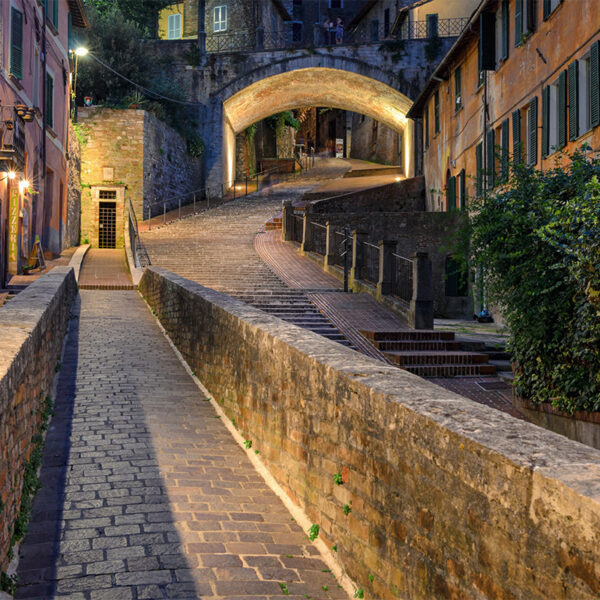 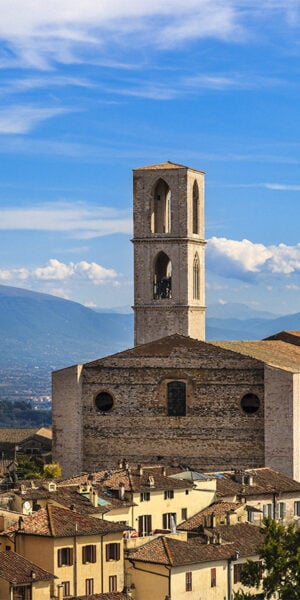 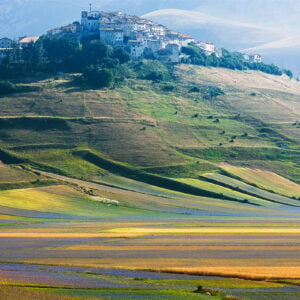 The Basilica of Saint Peter

The Basilica of Saint Peter is a magnificent building built on an original cathedral, whose main architecture it still retains. It is flanked by a hexagonal bell tower, while its interior is characterized by three aisles, divided by very old columns and a large amount of works of art attributable to painters and sculptors of the likes of Vasari, Reni, Guercino and Perugino.

Piazza IV novembre with the Fontana Maggiore is the symbol of the city. It was created between 1275 and 1278 and has a rather simple shape, made unique by the complexity of its many ornaments.
The two polygonal tanks rest on an imposing staircase and at the top, a bronze source with a group of 3 nymphs made by Giovanni Pisano dominates.

The Collegio del Cambio in Corso Vannucci is a historic building and an ancient seat of bankers, where you can admire wonderful rooms including the Audience Hall for Money Changers,with frescoed walls and Baroque and Renaissance furniture.

The Palazzo dei Priori, a stunning example of a Medieval public building, is home to the National Gallery of Umbria, which is recognized as one of the most important in Italy for late Gothic art.

The National Archaeological Museum houses a large collection of Etruscan artefacts, including sarcophagi, vases, epigraphs, bronzes and cinerary urns; there are also Roman and prehistoric objects from the Neolithic to the Iron Age.